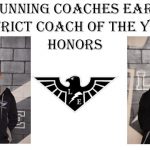 Lakota East Girls Track and Field Coach Rodney Heath and Girls Cross Country Coach Adam Thomas received some noteworthy recognition recently. The Ohio Association of Track and Cross Country Coaches named them both as District Coaches of the Year for 2019. CONGRATULATIONS RODNEY AND ADAM… WE ARE THUNDERHAWK PROUD OF YOU! 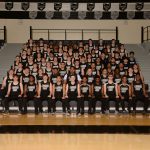 Boys Varsity Track · May 21 Boys Track and Field at Districts!

Heath and Dwyer Breaks School Records at Districts! The Lakota East Varsity men had a great night at Districts on Friday night!  They qualified 6 athletes to Regionals! Rodney Heath and Justin Dwyer were the stars of the night! Rodney burned up the track in the 100m, breaking the school record and the Lakota

AT GMC CHAMPIONSHIPS WEDNESDAY AND FRIDAY It was an eventful meet for the Hawks on Tuesday night, April 30th at the Hamilton meet.  The men placed sixth out of sixteen in a tough field and produced many awesome results, starting with Rodney Heath winning the 100m dash in 10.94.  He followed that win up with 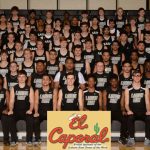 This week’s EL CAPORAL, Lakota East Team of the Week is the Thunderhawk Boys Track and Field  The Hawk boys are improving with every event this spring.  So far this season they placed 2nd overall at the Trotwood Invite, 7th at Clash of the Titans, and 6th at their own Lindsey Invite.  The team produced 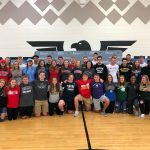 The Lakota East Athletic Department hosted a special event for some worthy  Thunderhawk athletes on Wednesday at the high school.  A group of 44 East Athletes, from a wide variety of sports, were honored and congratulated as the Class of 2019 College Signees.   Below is a complete list: Riley Adleta Urbana University Volleyball Casey Berglund 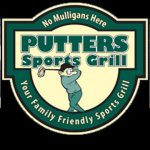 RODNEY HEATH Rod is a junior on the Lakota East Boys Track Team. Rod is an outstanding sprinter and having a very good spring season.  He ran a 10.76 in the 100 meter race along with a 22.97 in another event.  Rod earned 1st place finishes in both of these events at the Colerain Invite..

The Lakota East Men’s Varsity track team competed at the Centerville Relays on Friday, April 12th.  There were some great performances. The highest scoring team was the 4x400m relay, which included Justin Dwyer, Brady Richmond, Trent Linneman, and Josh Thornhill.  They completed their run in 3:30.01. The SMR took fifth and featured Donny Wilkerson, Rodney

The East Men’s Varsity Track team placed seventh of thirteen teams at the Clash of Titans on Friday. The men’s team is young, growing, and hungry and they are working hard and making improvements every meet. Lakota East raced to three event Championships and one relay Championship this week! East had two relay teams place

In poor conditions last Friday night, the East guys track persevered, taking second place in the meet overall!  Justin Dwyer brought home the win in the 400 with a 49.77 and Brady Richmond was second in 50.80, both excellent times!  Justin and Brady, along with RJ Heath and Josh Thornhill, were also part of the

The Lakota East Men’s track squad opened up at Lasalle with a tenth place showing on March 21st.  Fifteen teams competed. There were many great individual performances, with the big race of the day being the 4×400.  The East runners flew around the oval to bring home the win, along with ten points. Contributing to

No Events This Week

Events are added by athletic staff.
View All Events