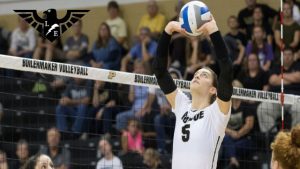 The U.S. Women’s National Team has announced its roster which will compete in the NORCECA Champions Cup set for Aug. 22-24 at the U.S. Olympic and Paralympic Training Center in Colorado Springs, Colorado.

The NORCECA Champions Cup is a four-team round-robin tournament for the top women’s and men’s volleyball teams in NORCECA, which encompasses North America, Central America and the Caribbean.

Evans, a 6-1 setter from Purdue University.  Below are several links that highlight Ashley’s outstanding accomplishments on and off the volleyball court.

CONGRATULATIONS ASHLEY!
WE CONTINUE TO BE….THUNDERHAWK PROUD OF YOU!!