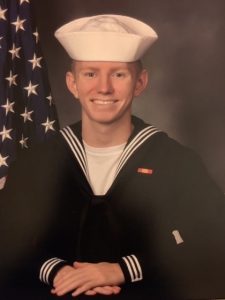 Logan Combs graduated this past May and was on the men’s soccer team for all 4 years of high school. Last week he graduated from Navy boot camp after 9 weeks of basic training. Here is what he achieved during boot camp training:

Lakota East is now well represented in the Navy.  Logan is proof that there IS hope to succeed if you find a passion and are willing to put in the hard work!

Congratulations to Logan and his family!

Thunderhawk Proud of You!